The results of the analysed researches show strong indications of the following working mechanism of the drainage tubes (this has been elaborated in different graduation reports):

From the abovementioned main working mechanism, it should be noticed that:

The most important indicators for this working mechanism: 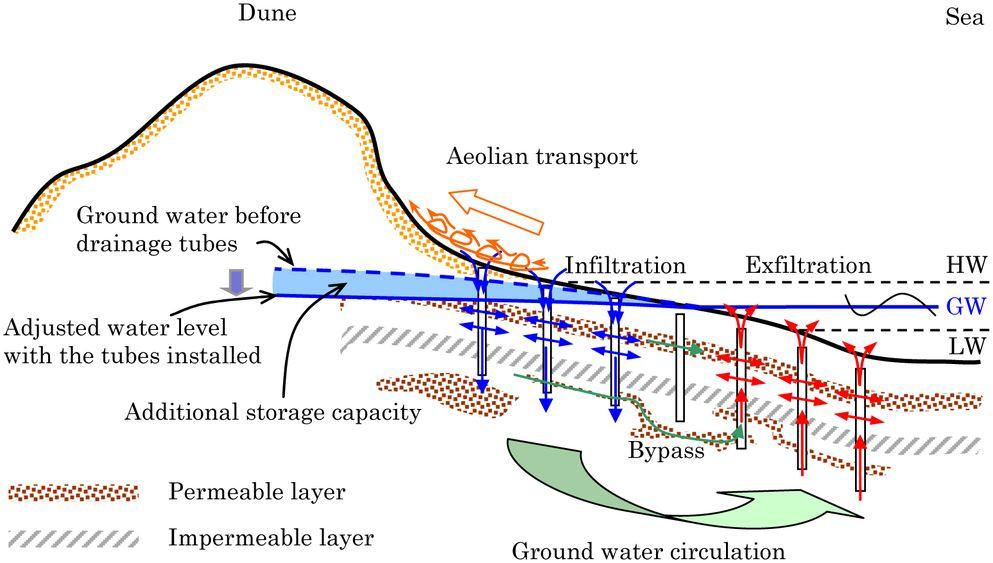 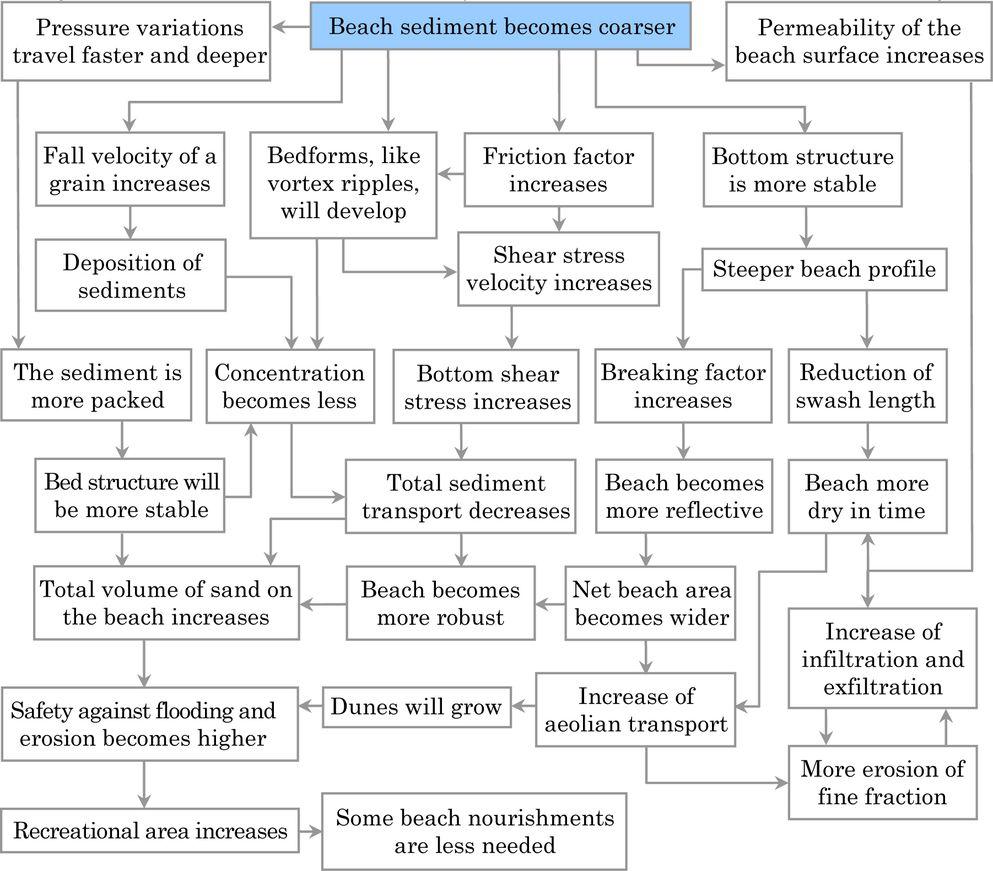 These effects influence the ground water circulation at the beach positively: 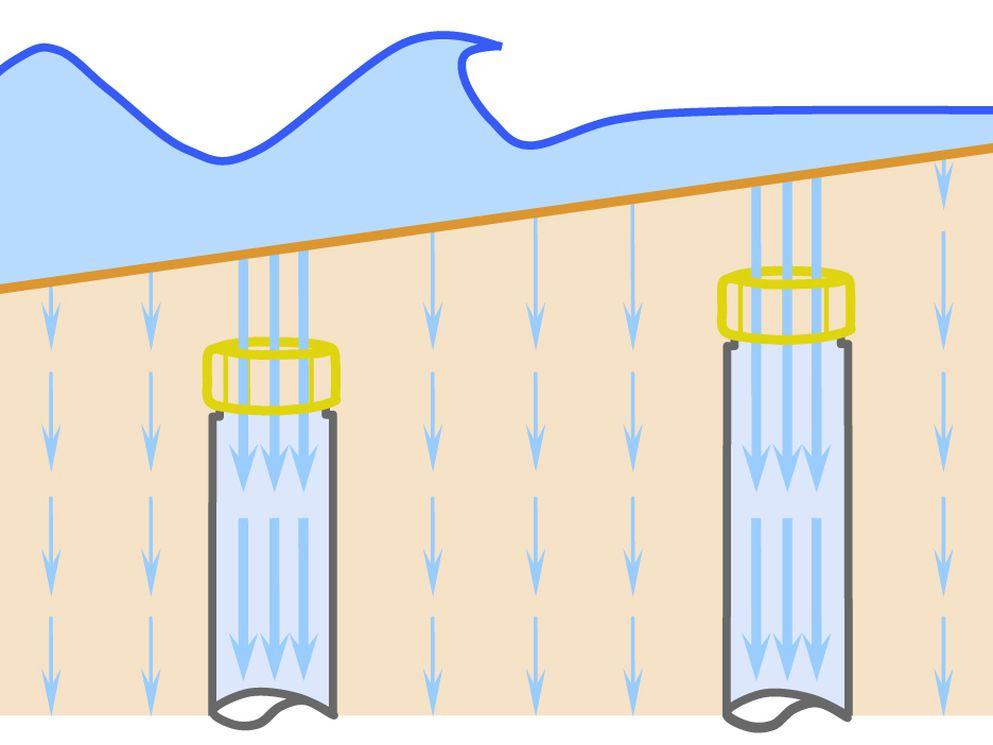 Channeling of inflow at the high water line 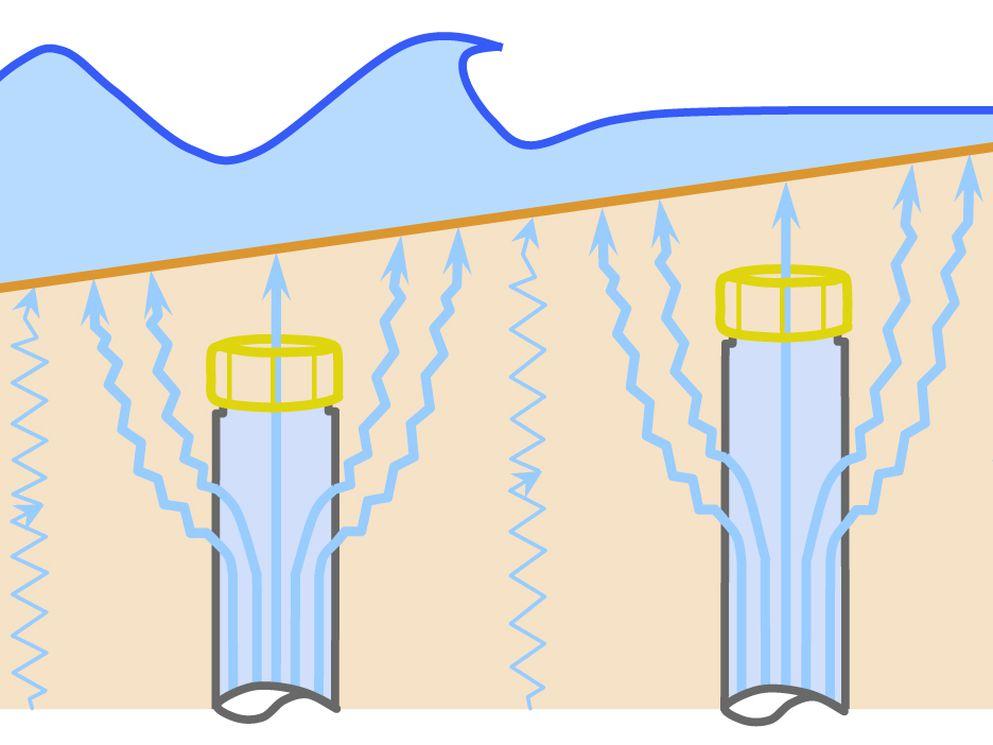 Channeling of the seepage at the low water line