Contractor BAM started a pilot for Ecobeach at the beaches near Egmond aan Zee, north-west of Amsterdam in 2006 in cooperation with Rijkswaterstaat (Dutch Ministry of Infrastructure and the Environment). This was the first installed drainage system at a Dutch beach. The aim of the pilot was threefold. First of all the influence of the system on beach development was monitored. Moreover, a scientific research to possible working mechanisms of Ecobeach was carried out. Thirdly, Rijkswaterstaat wanted to gain experience with a cooperation between government and contractor on basis of equality, contrary to the traditional client-contractor relationship.

Two Ecobeach test areas were set up at the end of 2006 / start of 2007 at the beach of Egmond aan Zee. A reference area was also allocated: 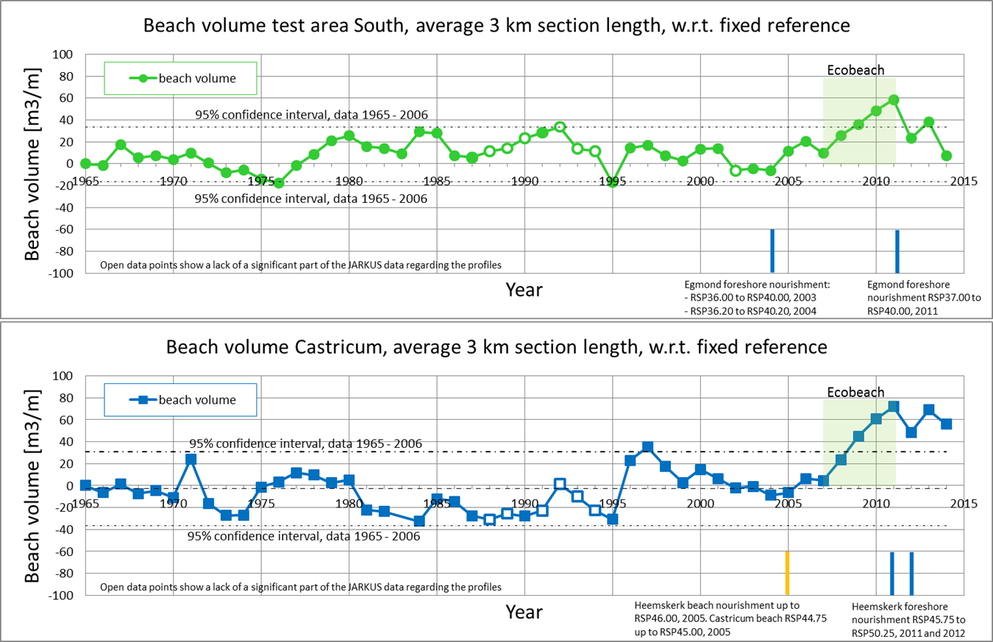 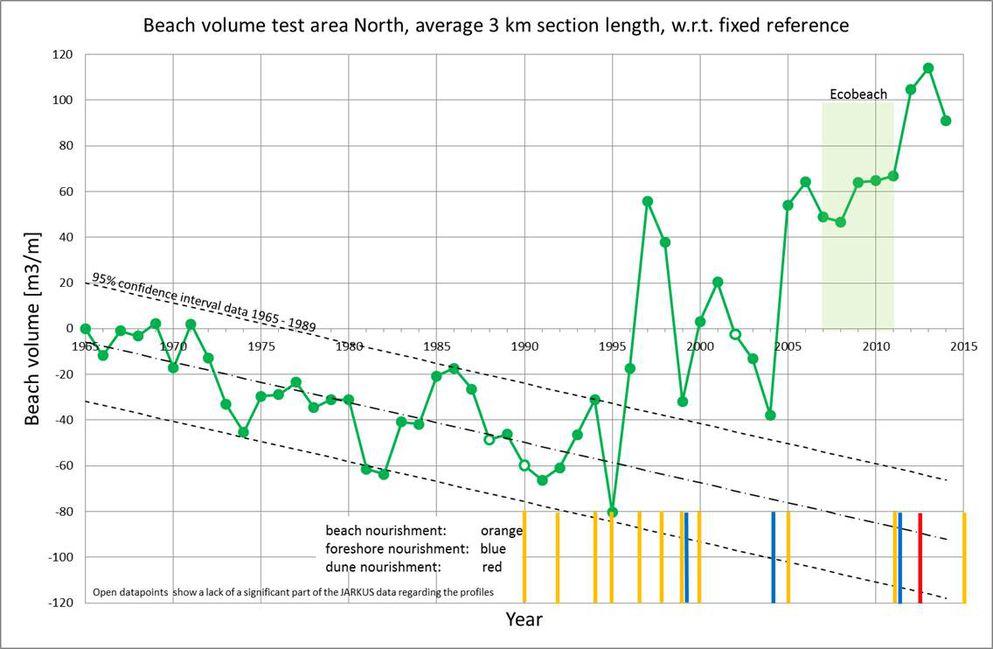 A scientific research was executed in order to determine the mechanism of Ecobeach by BAM in cooperation with Delft University of Technology,  VU University Amsterdam and various other research institutes. The research project includes the measurement campaign at the beach of Egmond aan Zee and a total of three workshops during which the results of the measurement campaigns were analysed  and interpreted by representatives of various relevant disciplines. The results of the research is published in a number of graduation theses. A working mechanism has been identified based on the layering of the soil and vertical transport of water through the Ecobeach drainage tubes. The result of this mechanism, coarser sediment on the beach and an increase of sand volumes on the beach, have been observed at the beach of Egmond (and as well at the beach of Hvide Sande).

Cooperation between the government and the contractor

The Dutch Ecobeach pilot was a project executed in cooperation between the Dutch government (coastal authority Rijkswaterstaat) and a private company (contractor BAM) who initiated the project.  BAM installed the drainage system and would only receive a fee if the sand volumes on the beach increase. The height of the fee depended on the increased volume of sand in the test areas. BAM received the maximum agreed fee based on the good results of the system. Research institute Deltares was hired to conduct a statistical morphological analysis. Unfortunately BAM and Rijkswaterstaat were never able to accept the report of Deltares due to various  factual errors in the report. BAM and Rijkswaterstaat published a brochure about the Ecobeach pilot to inform the public.